LES MISÉRABLES is Coming to Portland!

*This post is written in partnership with Broadway in Portland. Complimentary tickets were received. Opinions are 100% my own.

With glorious new staging and dazzlingly reimagined scenery inspired by the paintings of Victor Hugo, this breathtaking production of LES MISÉRABLES, which broke box office records during its pre-Broadway tour, has left both audiences and critics awestruck, cheering “Les Miz is born again!”

Featuring one of the greatest scores of all time, with thrilling and beloved songs including “I Dreamed A Dream,” “On My Own,” “Stars,” “Bring Him Home,” “One Day More,” “Do You Hear the People Sing” and many more, this epic and uplifting story has become one of the most celebrated musicals in theatrical history. Along with the Oscar-winning movie version, it has now been seen by more than 130 million people in 44 countries and in 22 languages around the globe. LES MISÉRABLES is still the world’s most popular musical, breaking box office records everywhere in its 32nd year. To date, LES MISÉRABLES remains the 5th longest-running Broadway production of all time…and I’m so excited to see it! (Stay tuned for my review!)

LES MISÉRABLES will be at Portland’s Keller Auditorium for eight performances. The schedule for the Portland engagement is:

Tickets can be purchased: 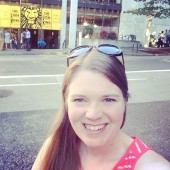